Taking hold, one’s astray in nothingness;
Letting go, the Origin’s regained.
Since the music stopped, no shadow’s touched
My door: again the village moon’s above the river.
—Kokai (1403-1469)

This anthology consists of four parts: Chinese poems of enlightenment and death, Poems of the Japanese Zen masters, Japanese haiku and selected poetry by Shinkichi Takahashi. Translated by Lucien Stryk and Takashi Ikemoto, this collection – which spans 1500 years – is a must-read for anyone interested in the subject since, besides fine examples of Asian poetry and Zen art, it also includes a brilliant introduction explaining the relationship between literature and Zen, the mystifying product of Buddhism and Taoism, the reigning philosophy of poets and painters for some thousand years.

Having read several ancient Chinese and Japanese poetry collections, I’ve been picturing a recluse life in the mountains as the pages turned. Poets’ casual and brief conversations with strangers on the road and their relationship with nature have been masterly portrayed. But also more ordinary things like facing bad weather. And then, slipping into a reverie caused by tedium, the brain starts to babble. A hut? I wouldn’t survive a snowstorm without a proper roof and heat. Food might be a problem also. Not being able to order a pizza? Barbaric. And exhausting. I’ll have to make amends with the idea of a (finally serious) vegetarian cuisine, making my own clothes and other things that leave me one step closer to “Hi, my name is Rain. I have my own kiln, and my dress is made out of wheat.”

I come up with unlikely scenarios while barely surviving a week without my phone. Not because I wanted to catch up with the world; work and studies kept looking for me and demanded an answer. Countless words per minute, dazzling images leaping out of the screen, ringtones, notifications for every field, life through a camera because memory is unreliable, skyscrapers interrupting the contemplation of the night. The time spent on a zafu seems insufficient to disconnect oneself from the noise, the concrete surroundings, the remains of the day. A certain breeding ground for the struggle between traditional duties and one unconventional breakout.

Here none think of wealth or fame,
All talk of right and wrong is quelled:
In autumn I rake the leaf-banked stream,
In spring attend the nightingale.
—Daigu (1584-1669)

And yet, that could be enough. 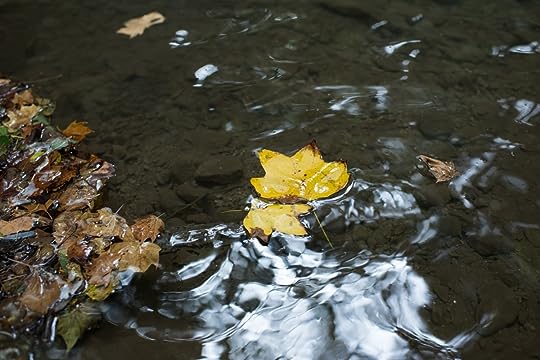 2 thoughts on “The Penguin Book of Zen Poetry – Lucien Stryk”