This review was written months ago. A mix of Christmas, children, family, presents and literature brought it to the surface.
Dec 19, 18
After watching another Friends marathon I noticed that The Velveteen Rabbit was mentioned twice. First, in a 1997 episode, “The One with the Dirty Girl” and four years later in “The One with the Halloween Party” since it was Chandler’s favorite childhood book. (That’s not how a geek sounds.)

I wrote on some review that I wasn’t particularly fond of rabbits. When I read the The Book of Bunny Suicides, I think – that was fun. I had a couple of them as a kid and kept them at a safe distance.
Brownish rabbits look more innocuous. I like the concept of white, fluffy, little creatures until they look at me with those disturbing eyes filled with blood. 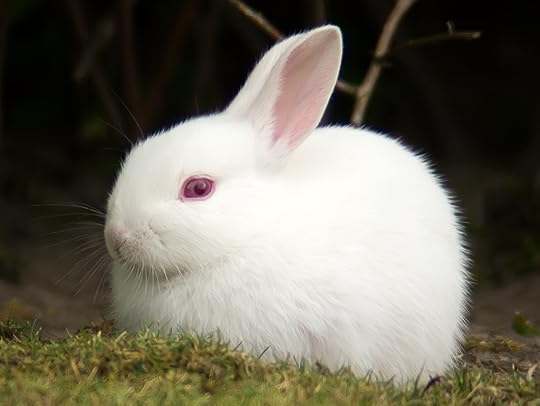 Sinister things happen inside those red pupils.
And it doesn’t get much better when one takes a look at the Velveteen Rabbit: 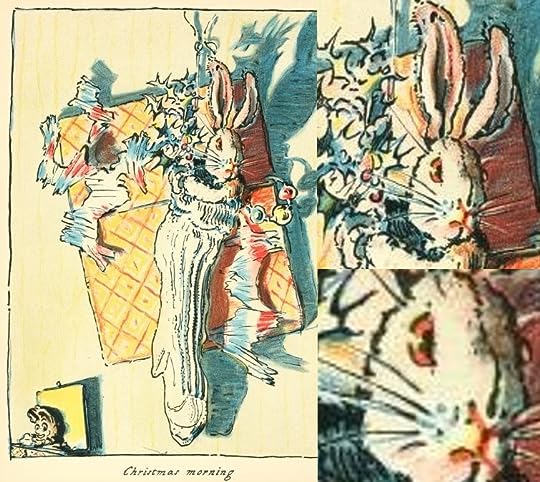 It’s chilling. Leaving that aside, a sitcom made me want to read this book and, following C.S. Lewis’ principles, I did. I found a charming tale I think I would’ve loved as a child. I liked the idea of how someone’s love makes you real – a foreign concept of great depth so easily forgotten. There’s also a passage that reveals another essential notion to deal with superficial times.

Weeks passed, and the little Rabbit grew very old and shabby, but the Boy loved him just as much. He loved him so hard that he loved all his whiskers off, and the pink lining to his ears turned grey, and his brown spots faded. He even began to lose his shape, and he scarcely looked like a rabbit any more, except to the Boy. To him he was always beautiful, and that was all that the little Rabbit cared about. He didn’t mind how he looked to other people, because the nursery magic had made him Real, and when you are Real shabbiness doesn’t matter.

Kids I know are going to receive books and/or cats. Never a rabbit from me.