A moon is shining somewhere? Somewhere there’s a sun?
(July 1898) 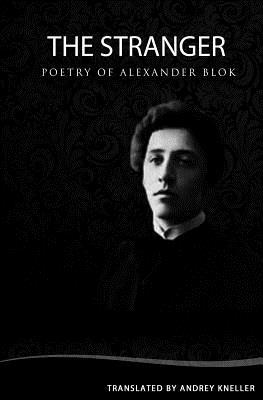 My third Russian lyrical poet of the year. His poetry—an ode to symbolism—includes a wide and varied range of themes and bold experimentations concerning rhymes and structures; a fascinating display of emotions, wit and creativity.

It was a pleasure to contemplate some particular verses which ooze otherworldly beauty and strongly familiar impressions. His language oscillates between an exceptional lyricism and a harsher tone used to depict evocative images of a more violent nature, often when portraying the political scenario of his time.
Nothing here could be labeled as conventional, something that any reader would find refreshing, to say the least.
This collection offers many sides of Blok.
A poet engaging in an impossible quest. Stubbornly, inevitably.
.

I yearn to live a life of meaning:
Make every thing – immortalized,
Make all the formal – humanized,
Bring non-existent – into being!
(February 5, 1914)

A poet singing to harmony, to differences; to the pleasant resemblances and irreconcilable ideas, the intimacy and a necessary distance; everything that entails a conversation, a relationship, a marriage, a life. There are a couple of verses that I still hear from some obscure corner of my mind. A long poem and one of my favorites of this collection.
.

Because you have seen all the secrets I hide.
Because we are bound by secrets and night.
(Guardian Angel)

A poet… getting drunk? A couple of poems were dedicated to an apparently fresh and vivacious beverage that might be the cause of outward reveling or undying mortification: wine. Its incomparable taste, appealing color and the sensations that followed the empty bottle. I don’t drink, so there I was, like the eternal designated driver that I am, with some coffee first, some water later, reading about this remarkable poet nailed to the tavern counter… drunk already, but not through, composing a melody to the night and to his soul, his hopeless soul… drunk and dazed.
A poet, no longer a stranger, that left many of us overawed by the unparalleled magnificence of his writing, something that Andrey Kneller was able to convey, once more, with admirable accuracy and elegance.
.

There is a song on every page that speaks of the ancient night. Of unfading passion and forgettable actions. Of ephemeral infatuation and haunting decisions. Of forgiveness and hopeless evenings. The pale glow of a search for meaning. The opportunities we might have lost. A fear that lingers. The people on the streets we ignored today. The inspiration to which we have relinquished. The memories we cherish, that overwhelm us; the ones we wish we had. Words that soothe and harm. Silence that warms and forgets. Strangers waiting at restaurants while the setting sun burns the sky. The thoughts we choose not to share as time, devoid of any emotion, denies a second chance. The things that were never meant to be owned but we are reluctant to let go. The loss of the nonexistent. The indifference toward existence. The people we see. The people we miss.
The ones we’ll never be.
.
* Photo credit: Book cover via Goodreads.