Haiku or the complexity of subtlety 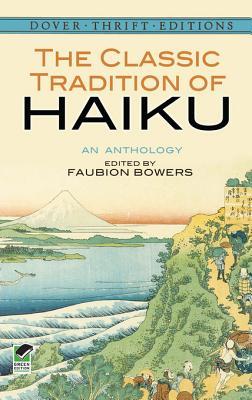 As a big fan of etymology, I was captivated by this book’s introduction. It is a clear and detailed recount of the history of haiku. The present enthralling subject we are tediously discussing here—I suggest a considerable amount of coffee in your system or ignoring these couple of paragraphs—has its origin in 12th-century renga, a form of collaborative poetry. Poets, in groups or by themselves, improvised connecting stanzas in order to create long poems. To sum up, by the 16th century, haikai-no-renga, a sort of “comic linked verse”, was hipper than black glasses and courier bags today, all in contrast to the formality of the “language of the gods” of the time.

According to this book, “haikai became a little more than a display of wit and scatology” (7). Not what you were expecting, I assume. Nonetheless, everything changed when Matsuo Bashō (1644–1694) appeared on stage and elevated haikai to a dignified level; fortunately, he kept the subtle humor and the element of surprise intact. At that time, the opening 5-7-5 stanza of renga, called hokku, contained what is known as kigo, a seasonal word. Another requirement was that it had to be something complete, an entity on its own. (Modern Japanese haiku does not strictly follow this tradition; I wouldn’t know, I haven’t read anything yet.) Subsequently, hokku began to appear as an independent poem. However, it wasn’t until the late 19th century that humanity became acquainted with the term “haiku” due to the arrival of Masaoka Shiki (1867-1902). “Hai in haikai means ‘unusual’ and ku denotes strophe, lines, stanza, verse” (8).

After being dazzled by the introduction of this book, I found some explanations about syllables and sounds and other scholarly amusing details. I’d prefer to focus on another side of its beauty, since in such a concise piece of writing exists an entire universe. A story, a picture, a truly evocative image, sheer wit and humor, dichotomies represented by diverse aspects of human nature, the act of giving voice to seemingly minor details of everyday life; all open to interpretation. I have read a couple of books about haiku before but it wasn’t until this moment that I started to see a more complete panorama. For instance, a haiku includes specific words and images that assist the reader in order to understand the story: what, where and especially when, the most reminiscent part.
This anthology consists of several haiku written by poets from the 15th century until the beginning of the 20th century. Each translation is followed by the initials of the translator (they are listed at the beginning of the book). In that sense, regarding structure and organization, this book is flawless. Bowers’ footnotes are unbelievably helpful; lifesavers, actually. They include insightful remarks about the context in which some of the finest haiku were written. If you read something like…
.

kochira muke / ware mo sabishiki / aki no kure
Will you turn toward me?
I am lonely too,
this autumn evening.

…and then go to the note, you may find a less sentimental or philosophic origin for such poignant lines by Bashō. Even so, we have the liberty to assimilate them as we need them to be.
On another note, and as seen in the quote above, these haiku are written in English and also rōmaji (no, there was nothing I could do to know more). Some of the most famous haiku have multiple translations below, so you can take pleasure in comparing a same idea and the different ways of expressing it – different shades of unadulterated beauty.
The book opens with Iio Sōgi (1421-1502).
.

Sōgi: nao nani nare ya / hito no koishiki
Sōchō: kimi o okite / akazu mo tareo / omou ran
What could be the cause of it –
that I should feel such love again?
While I still have you,
why think of anyone else?
Why this discontent?

Two different translations were included, all equally stunning.
When thinking about haiku, one immediately remembers the great four: Bashō, Buson, Issa and Shiki. However, this book pays also attention to women and their sometimes playful, sometimes heart-rending verses. (At this point, it’s saddening that one still feels the need to praise a book that acknowledges the work of female writers.)
Shōfū-ni (1669-1758), a lament for Basho’s death.
.

waga ko nara / tomo ni wa yaraji / yoru no yuki
If my child, I wouldn’t let him go with you in tonight’s snow.

somekanete / kata yama momiji / kata omoi
No autumn colors tint that side of the mountain: a one-sided love

After quoting a vast number of writers, the book ends with the reformer. The last haiku master.
.

yomei / ikubaku ka aru / yo mijikashi
how much longer
is my life?
a brief night . . .

The magnificence of simplicity
Centuries have gone by, a world that has changed too many times. And yet, certain things will never cease to be a cause of disquiet in ourselves. All things that I have seen inside the pages of this book.
A tormented childhood, infinite existential doubts and voids that cannot be filled, worldly aspirations, death of the beloved, desirable solitude and overpowering isolation, the inexorable passing of time, the monotony of work and work which vainly tries to suppress the ordinary sense of emptiness; the comforting beauty of nature which eventually portrays a much needed haven for wandering souls. Nature. Out there, on the grass. Where the ravishing camellias bloom. In the land of the rising sun. In our land under the same sky.
A cherry blossom, a dewy chrysanthemum, a blue heron flying by, a hill whitened by the presence of the moon, a pond. A disconnection. Thoughts, colliding. The silence of the mundane, everywhere. As the person reaches a longed-for clarity to face the world again. Nothing will disturb the silent tranquility of that moment.
.