This book starts with a dreadful concept that haunts many of us: what if they lied to us? What if everything you thought that was true, ended up being an elaborate lie supported by politics and their powerful media? What if your history wasn’t yours? The history that makes you who you are. Your values, your ideas, your individuality. Your identity. Your sense of belonging.
Yourself.
.

A bitter pill to swallow, let me tell you. 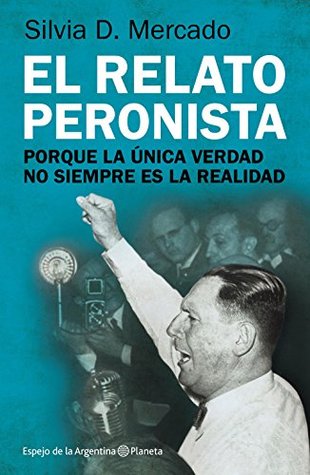 However, this investigation by journalist Silvia Mercado aims to demolish all the Argentine historical myths, unveiling the only thing we should always search for: the truth. Facts. The reality that is far away from points of view, wishes, convenient inclinations, fanaticism. That ugly truth that threatens your sense of security and faith in everything you thought was right. Easier said than done. That is why this is not a book for everyone. I would recommend it only to those who are willing to put the official story and prejudices aside and have an honest desire of knowing the truth, even though if there is a possibility that it might hurt you and your surroundings. Someone blinded by that fervent adoration for a human being whose job is to be a politician (things I will never understand) probably will not find it useful and will run to read La Razón de mi Vida while holding a paper bag and hyperventilating because his safe way of understanding politics, his safe way of living, actually, has been threatened.

The book. In terms of structure and order, the book is flawless. You even have an index of names at the end of it, so you have easy access to any subject. In terms of writing, it is clear and straightforward. The foundation of a serious investigation is its sources. So, you will also find a list of reliable sources to back up the author’s statements. It is a well documented recap about the face of Peronism that many patriots refuse to acknowledge. Because that is the thing with the ruling party of the last years: if you are not a Peronist, you are not Argentine.
.

…era un enemigo de la Patria y no tenía derecho a nada.
…an enemy of our homeland and had right to nothing. (229)

In 1946, Juan Domingo Perón, a military officer, became president. He was re-elected in 1952. But his origins were not so democratic. He was involved in the 1943 Argentine coup d’état that the United Officers’ Group (GOU) made possible, and was the Vice President of the de facto government from 1944 to 1945.
During Perón’s administration, if you were not a Peronist (political movement based on his persona), you were persecuted, tortured and, according to the case, killed. Yes, killed. And yes, it was a democratic government. 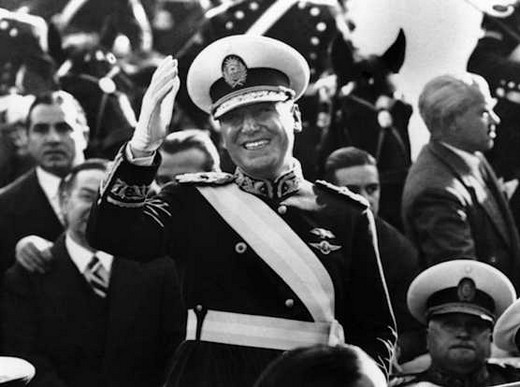 Now, times have changed a little, so you may face endless discussions with fanatics (life is too short for that) but, under the current Kirchnerist regime—that finds its roots in the Justicialist Party founded by Perón—you may also face the removal of the government social help if you have, trouble at work and, if you are a renowned person, the persecution through official media or even the collecting agency. That is what happens when presidents become idols and you cannot question those who know what you want and need. The long tradition of personalizing power. They know best, capisce?
Methods have changed, but the division remains. The crack. The social rift. The impossibility of accepting that the person standing in front of you does not have to think the same way as you do. A basic fundament of a democratic society. And somehow, this country has usually had a lot of trouble grasping that concept. Demagoguery, social assistance from the State instead of promoting the dignity that entails working, indoctrination, the elimination of opposition, authority over media to achieve a formidable propaganda system, a foreign enemy that wants to control us…
Despite some circumstances that mitigate the impact, some things are too common nowadays.
The little we have learned after so many years. It is certainly frightening.
In this work, there are some notions concerning the context of those times that are only mentioned by the writer but not explained with details and, sometimes, not explained at all. It is understandable, since if she did, there wouldn’t be enough trees to make the required amount of paper to describe all that. Plus, as a reader, I am grateful because that allowed me to do my research. There were some things that I did not remember from my History lessons, so it was beneficial for me. And many that I did not know. One becomes a part of the process, in some way.
The first chapter is called “Perón and the Dictatorship of 1943”. Basically, it is about how Perón started to put his ideas in motion in order to achieve his main goal all along: power. The presidency. That chapter portrays Perón as an unapologetic enthusiast of fascism (he brought ideas from Italy to execute in here and, a detail: Argentina, under Perón’s inexorable influence, did not declare war to the Axis until they were almost defeated, worrying the whole region) willing to do what it took to fulfill his desires. The following chapters reflect precisely that. The way he used the flag of syndicalism simply to gain power:
.

Lo que Perón le dio a los sindicatos fue un rápido ascenso al poder, a cambio de usarlos como herramienta política personal.
~
What Perón gave to the unions were a fast way to power, in exchange of using them as his own political instrument. (43)

As you read, you will also find out about the political repression suffered by students that went to the streets to manifest themselves against National Socialism, something that, according to the author, depicts a clear inclination of the government towards that ideology. Furthermore, Mercado wrote about the outstanding creative process of the well-known “17 de Octubre”, a mass mobilization supporting Perón that, in her opinion, didn’t happened exactly the way his people retell it. Also his relationship with Eva, her foundation, the arbitrary use of public money and the assistance to only those who showed support to the leader. And in many chapters, the writer explains the truth about the human rights policy of the two Peronist governments, from 1946 to 1955:
– persecution, prison, torture and elimination of everything that opposed the leader (politics, artists, workers; anyone);
– censorship; control of the media to silence every possible scream (foreign newspapers were the key to reach to that conclusion).
.

—Pero, general, no puede decirme a mí que lo de las torturas se trata de una infamia.
—¿De dónde saca que no lo es?
—Porque a mí me torturaron, general.
—But, General, you cannot tell me that tortures are vicious lies.
—Where do you get the idea that they are not just that?
—Because I was tortured, General.
(Dialogue between Perón and Félix Luna, historian. 213)

Let’s not forget that we are talking about a democratic government. Okay, shady elections but elections nonetheless. And I know that a somewhat manipulated election does not represent democracy at its finest. But… elections. And now I dare you to count how many times I wrote “elections” just to show you my point.
In any case, in a perfect-sunny-puppy-make-believe world, assuming that those elections were fair, the following policies of that administration violated basic principles of what democracy was and is supposed to be, anyway. Just like the aforementioned situations.
So, here we are. I must admit that I used to love the romantic idea of kingdoms. I became quite interested in English history when I was a teenager. The idea of distant realms, their laws, their customs, their battles, their views on religions, their caprices that created new laws and religions, the intrigue, their conspiracies, even the clothing… Yes, I was a nerd. Yes, I still am.
Argentine history lacked all that… excitement (yes, I was also a moron). During my youthful years, I used to yawn at school, whenever we had to study our history, our presidents, their periods, their governments, etc. Even though I always loved history, I could never enjoyed studying our own. I don’t think I should blame it only on my perception of an apparently boring past. I am not sure… but I think the somewhat dull teachers’ approach was a contributory factor. And no, I am not justifying myself.
Anyway, it is never too late to rethink our behaviors, our habits, our perspectives. Books tend to help us on that particular aspect. For some people, ignorance is “bliss”, but it also constitutes a state of dangerous blindness. Something that will certainly lead to blatant manipulation. That is why education must be the fundamental base of a country and, in countries ruled by corruption, that cannot happen. Its strength lies in ignorance. Only knowledge can create a free mind. Only knowledge can set you free from political manipulation. 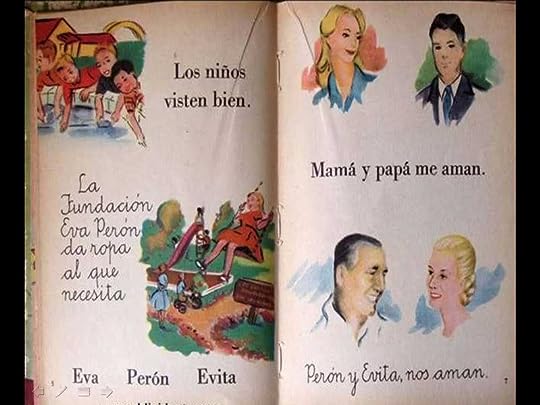 I may not agree with every page of El Relato Peronista, however, this book helped me to rekindle my relationship with my history. The past of my own country. That fact embodies the most efficient way—if not the only way—to avoid the repetition of mistakes. That concept has been conveyed by many historical characters, such as George Santayana, inspired by Cicero’s idea that history is life’s teacher:
.

Those who cannot remember the past are condemned to repeat it.
~
Aquellos que no pueden recordar su pasado están condenados a repetirlo.