…after all, shadows themselves are born of light. 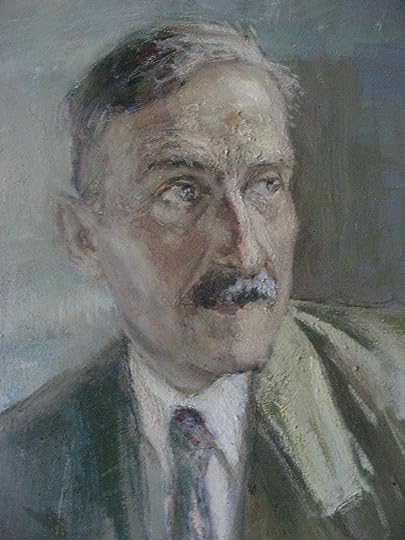 There are people who breathe nostalgia every day. They enjoy it, they suffer it. They stare at some object and thousands of memories come to mind. People, friends, lovers, happiness, regrets. They are usually looking back wishing for the past to become present again. For that little part of the world they knew and that it felt much safer than the one they inhabit today. Nostalgia has a life on its own.

There are many wonderful reviews about this book therefore I have nothing new to say. I will simply share some rambling thoughts.

Stefan Zweig (1881-1942) has written a book where the universal sense of loss is omnipresent. What to do when the world you have always known crumbles in front of your eyes because of the atrocious acts of other human beings? I cannot imagine facing such cruelty. And then I can due to the vividness of Zweig’s prose. I was the one remembering the past, enraptured by the feeling of a distant sense of safety. A stateless individual on some strange ground, holding a pack of memories that contrasted so harshly with his present. I have read, I have lived through his words and I have learned.

I’ve read other works by Zweig beforeand his magnificent writing is obviously present in this book which is considered – and rightly so – a real masterpiece. His prose, evocative, sharp and clear as usual, deals with many issues of society at the start of the 20th century; some ordinary, some controversial. It also describes his relationship with other relevant figures of his time. There is plenty of the external world and his perspectives.
Through his words, the author gave form to the world he has seen and lived before. Avoiding a detailed recount of his own life, this book portrays the sense of security of those lost days. He gave his memories enough time to speak for him before he succumbed to a death caused by total despair and sealed by his bare hands. The defeated dream of humanity as a whole. A dream stolen by two wars that surpass every attempt of reasoning.

Reading this book was a strange experience. I’ve lost a lot while I was reading it and have gained much after finishing it. We are always returning to where we started, aren’t we? Always moving from beginning to middle and vice versa. Our seeming incapacity to learn from our mistakes intoxicates our essence. Most of us are left with a bittersweet confidence in human nature. A naive optimism fighting for survival. For I am writing these lines and, in another part of the world, people have fifteen seconds to save their lives from the atrocity of others. Those who can feed or restore our faith in humanity can guarantee anything in a place that will never be safe.

There are those who breathe nostalgia every day and those who don’t forget about the air of the present. An existence perpetually longing for what has passed cannot see what is coming.

I regard memory not as a phenomenon preserving one thing and losing another merely by chance, but as a power that deliberately places events in order or wisely omits them. Everything we forget about our own lives was really condemned to oblivion by an inner instinct long ago.

Notes:
-Since I could not find an English edition, I read this book in Spanish; a pretty decent translation.